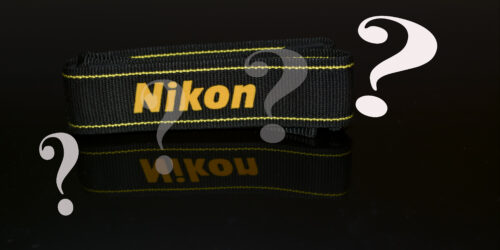 The Best Nikon Cameras for 2020

With such a wide variety of Nikon cameras on offer deciding which is the best Nikon camera can be daunting (and often pointless) – in this post I discuss Nikon cameras available in 2020 in Full Frame, mid-range and entry level models. 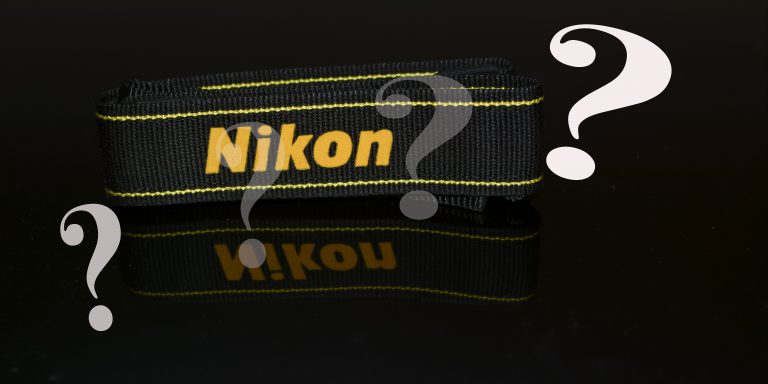 These tables focus on what features the cameras have that will be of specific benefit to you, the photographer.  The camera that is best suited to you, and your chosen genre, is probably not the same camera your friend uses.

There are several features that are very similar, and even identical, in a number of the models and I see no reason to rehash these in a chart designed to remove information which is confusing or irrelevant . What I have done is selected the features that real users have found to be beneficial, features I have been able to substantiate with my own experience or through the extensive research that I have done.

I believe this will be of far greater value to you than a table of technical features, which while sounding very impressive are of little practical use unless they actually tell you how you will benefit as a photographer.

Often referred to as professional cameras the FX models have a sensor equal in size to the old 35mm film cameras.  The FX bodies are more expensive than DX (much of this extra cost is a direct result of the bigger sensors) and the glass (lenses) that are used on them are of a much higher quality than crop sensor lenses. 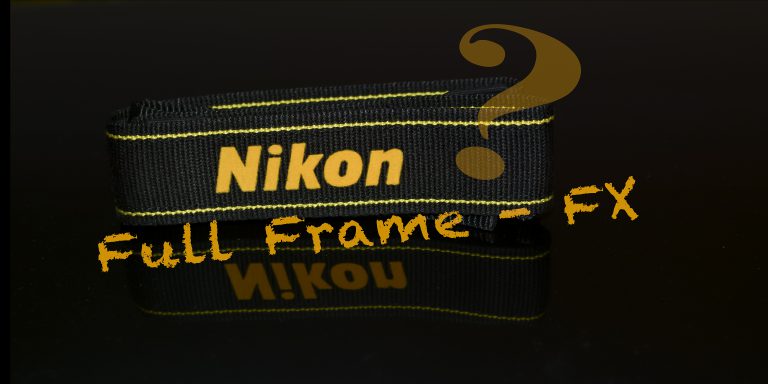 One of the really big pluses of having a Full Frame body is the outer controls.  Unlike the entry level DSLRs the full frame camera’s most often used controls are externally accessed – that is to say they can be adjusted “on the fly” without having to consult menus, although that is an option.

Full Frame cameras are bigger and heavier than crop sensor bodies, they are considerably more expensive as are the full-frame lenses (note that a DX lens cannot be used on a FX body without creating an ugly black circular frame around the edges of the image). The larger sensor requires more precise framing than a DX due to what is known as “the crop factor” see my post on Full Frame vs Crop Sensor  for an explanation of this.

Full frame cameras will magnify any flaws in your technique and are not recommended as a first camera for this reason and for the fact that the learning curve is far steeper on a full frame camera than it is on any of the smaller models.

The following table is not a complete list of all Nikon’s Full Frame bodies as there have been many over the years, which are now discontinued.  The one’s listed here are the most popular current models and more than enough to give you an idea of the complexity of these wonderful machines.

* FPS=Frames Per Second with Continuous Shooting
^ Button controls is the ability to change the most commonly used settings on the fly without having to go into menu options.  That is to say these features can be changed by the buttons on the body of the camera.
# The Nikon D750 owes its popularity to the versatility it brings to the table.  It is very good in low light, although not as good as the D5, D810 or D850, while also being an excellent landscape, portrait and studio camera.

Many of the models that fall into this range have the features and benefits of the full frame bodies. The main difference is of course the sensor size as described in a previous post.

Features such as the top LCD screen, external controls for “on the fly” adjustments, higher frames per second (FPS) shooting ability, wider ISO range, Personal User Settings (U1 and U2), dual card slots and so on. 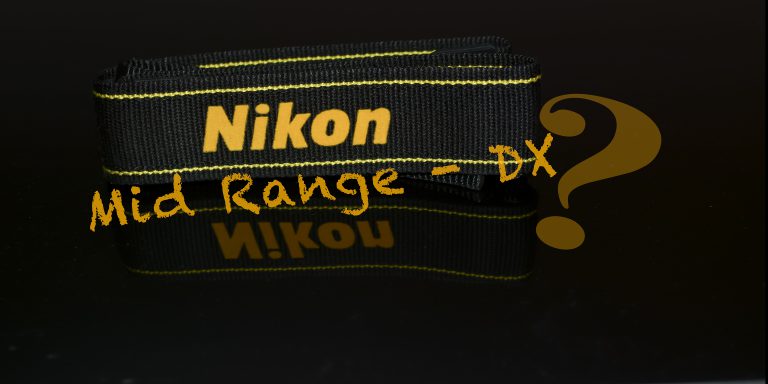 Think of Nikon’s mid-range cameras as a bridge between the entry level cameras and the Full Frame models.

* FPS CS=Frames Per Second with Continuous Shooting
^ Button controls is the ability to change the most commonly used settings on the fly without having to go into menu options.  That is to say these features can be changed by the buttons on the body of the camera.

While many may consider these cameras as inferior I can assure you they are definitely not!

You can take very high quality and award winning photos with an entry level camera.  My first Nikon DSLR was a D5100 which still takes wonderful photos today.  Do not buy into the “inferior” talk – rather let your photos speak for themselves. 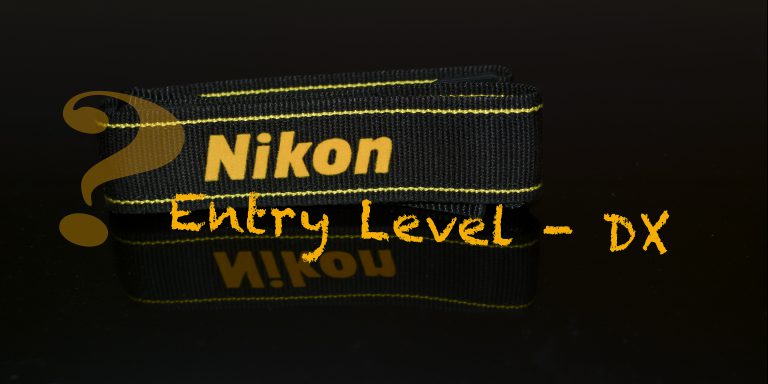 So what is the difference then?

Size and weight for one thing.  The size and weight of the entry level cameras make them ideal for anyone starting our in photography and are very popular with high school students. And they won’t break the bank!

Primarily the difference is functionality and controls.

Most of the entry level cameras settings have to be changed in the menu or on the rear LCD screen which means they cannot be done “on the fly” – yes it is inconvenient but it does have the  advantage of forcing you to learn what options are available in the menus. Being familiar with menu options will be a big help when, and if, you upgrade.

A secondary difference is the limited or lesser options in terms of shutter speeds, ISO range, lack of Personal User Settings, lower frames per second in rapid shooting etc.

Comparing the above chart of “Entry Level Cameras” to the “Mid-Range DX Range” (previous chart) it becomes obvious that as you go down in models features are stripped.  The biggest difference is in the sensor capabilities in low light, maximum shutter speeds, top end of the ISO range, the button settings and the video capabilities.  There are more.

Entry level cameras are easy to handle and a fairly gentle learning curve and introduction to DSLR cameras.

The main reason photographers upgrade to the D7XXX series and above seems to be the top viewfinder (not available on the lower end models) and the ability to change settings using the external buttons and not having to consult menus all the time. This was certainly a reason for my upgrade.

Another big factor that is an advantage to owning the D7xxx series and upwards is the built-in motor drive that drives the auto-focus.  In the D3xxx – D5xxx range you need to use lenses that have the motor drive built into the lens – this is limiting and makes some of the older, and excellent, Nikon lenses unusable except with manual focusing (nothing wrong with that but it can be off-putting for the newbie). With the D7xxx series (and upwards) the motor is located in the camera body allowing older, non-motorised, lenses to be used on them in addition to lenses with built-in focusing motors.

While sensors have become progressively more sophisticated it may be wise to look at images from entry level models and ask yourself if the photos produced are good enough for you. In most cases I think you will find they are.  And if that is the case then buy a less expensive camera and spend your money on good quality lenses which will continue hold their value.

Notes to the tables.

I believe these tables will assist you in deciding which camera best suits your needs and I urge you to bear in mind that the modern DSLR camera now comes with a long list of feature that are used so rarely as to be insignificant and have virtually no impact on the final result.

The following descriptions are what I think are important/essential in terms of a camera’s functionality, what are nice (even great) to have and what are simply marketing ploys to increase sales.

The Important Features To Look For in a Camera

This very short list will likely shock you but the truth is any camera body produced in the last 7 years is capable of producing far better results than what we see coming out of them.  What that means is that almost all cameras are not used to their full capabilities.

We have all been in the GAS (Gear Acquisition Syndrome) stage and it is fun to buy the newest and latest gear but in all honesty you do not need much and the money you spend on that new camera body could be better spent on learning your trade or buying a better lens.

Let’s kick off with:

Now let’s move on to what is really nice to have.

Useful Features to Have in a Camera

The following features are nice to have in a camera but not essential to good photography.

In no particular order …

Camera Features That You May Not Use That Often.

This is a tricky subsection and no doubt opinion will vary from one photographer to the next.  After all one might argue that there is a definite reason why camera manufacturers go to the trouble of adding these.

When considering features ask yourself if a there is a photographic reason for the inclusion of some of these features for your type of photography. We are all different and the inclusion of built WiFi (for example) may be very important to you but not to someone else.

Take the following list with a grain of salt and feel free to disagree if these features are important to you.

If however you agree with some of what I say then consider buying a camera without these features – it should save you some money which you can then spend on better quality lenses or tutorials.

Again in no particular order:

A Brief Explanation of Certain Features – Some already mentioned, others not.

There is a lot more to DSLR cameras than what these charts indicate and a paragraph or two detailing some further features and benefits might be useful to you.

They’re all good and it is always hard to put a “best” label on anything as we all have different wants and needs.

I hope I have helped you in some way to make your decision on which Nikon suits you best and at worst narrow your choice down to one or two models.

The inevitable question from my readers is “which Nikon camera would I choose knowing what I do?”

That’s really putting me on the spot and I would have to say that, because I shoot a number of genres, I would opt for the Nikon D750 (don’t tell my D7100 though as I would hate to hurt her feelings and still do love her very much).

At the price of the Nikon D750 and with the features you get I would be more than happy with my choice.  The savings I make by not going to the D850 or D500 could be spent on some really good lenses.

And no I wouldn’t particularly worry that there are rumours of a D760 due out.