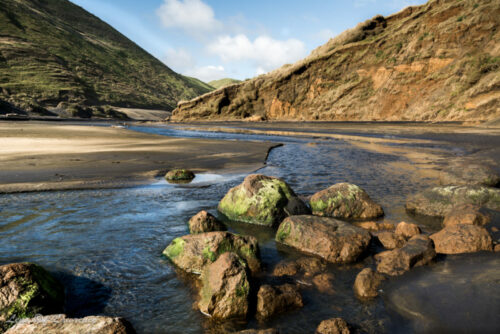 This post covers basic landscape photography tips and techniques, the essential equipment you will need and composition ideas.

What is Landscape Photography

A tricky question to answer … landscape photography can be anything from a huge expansive scene to an isolated part of a much larger scene.

It all depends on what story you, the artist, are trying to convey and the emotion you want to capture. One thing remains constant with good landscape photographs – they tell a story or evoke a mood or an emotion.

In the early 1800s landscape paintings started becoming popular – prior to that they were used mainly as backdrops for portraits and other works of art (the Mona Lisa is a classic example of this) which seems have sparked photographers interest in the genre.

Ansel Adams (1902 – 1984 ) is probably the most famous of all landscape photographers and in his time he had to lug around very heavy gear, at times to  remote areas.

The equipment was that cumbersome and heavy that it often called for the use of mules or pack horses. Today we are in a much more fortunate position with relatively small DSLR cameras, lightweight folding tripods and gear that will fit in custom designed backpacks.

While the equipment has changed, making our hobby and passion so much easier and accessible, the basic techniques and principles behind stunning landscapes have remained timeless

This link will take you to some great examples of the world’s  best modern landscape photographer’s works. Its a great reference site to learn about composition, lighting and processing simply by studying these wonderful images. These photos are based on timeless techniques and age-old principles.

Besides your camera you will definitely want to invest in:

Using Filters For Your Landscape Photography

Filters allow the photographer a great deal of control in terms of lighting.
Before we get started be aware that every time you place another piece of glass in front of your lens you lose a small amount of image quality because of refraction.

It is for this reason that you will regret buying cheap filters –  they are a total waste of money and while it may seem expensive to pay a couple of hundred dollars for a small piece of glass the investment is well worth it.

There are essentially three types of filters we use:

Note that all filters can be used in combination with each other but, as stated above, every additional layer of glass causes a small amount of refraction and distortion. It is preferable to use one appropriately graded filter.

Composition is obviously a personal choice but generally the rules (such as rule of thirds) should be borne in mind.

How much of the photos do you want in focus, do you want to isolate a portion of the image or have both foreground and background interest in sharp focus? The latter option is considered by many to be a standard technique.

Maybe you don’t want anything in focus – the options are endless and entirely up to you.

Both of the photos shown here were shot and processed for a painterly look. The one above uses the rule of thirds to good effect while the one to the right is intentionally blurred by moving the camera vertically while simultaneously pressing the shutter release button.

To achieve sharp focus throughout you need to use a small aperture, a large f-stop number of at least f16 depending on your lens and the scene.

A small aperture means  a longer exposure, further compounded if using an ND or VDF filter, and the reason you need a tripod for landscape photography.

Make sure your have balance in your image from left to right and front to back.  The image at the top of this page is a good example of a landscape photo with foreground interest and leading lines drawing you to the back of the image and beyond, while maintaining a good balance from left to right. The last hill in the image, the one just poking out above the “V” of the hills adds a further dimension and depth to the overall image while the rocks in the foreground provides an anchor for depth perception.
Try to get similar balance in your images or throw all the rules out and use a soft front or rear focus to draw the eyes to a particular focal point. 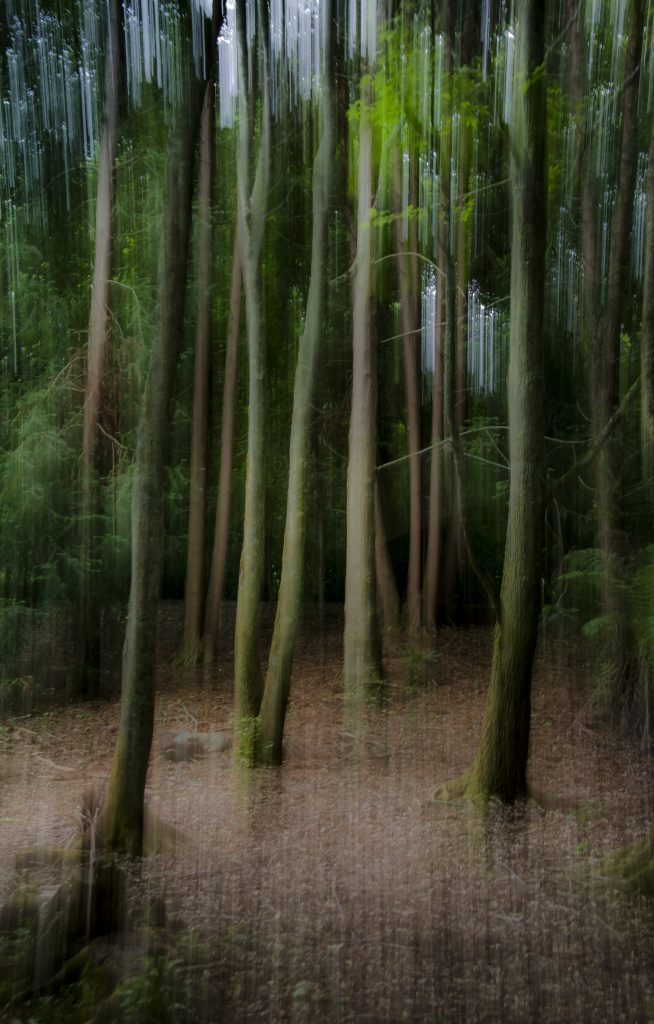 Landscape photography is essentially a photo of a static subject and once you have the camera settings dialled in they are pretty constant. The shutter speed will need to be altered for the changing light.

With this time of day you will have quite dramatic changes in the light as your only variable and it is this dramatic lighting that makes these hours so attractive to landscape photographers.

Once you have the ISO and aperture set it is simply a matter of selecting the right shutter speed to get the correct exposure.

Camera settings for times between sunrise and sunset. 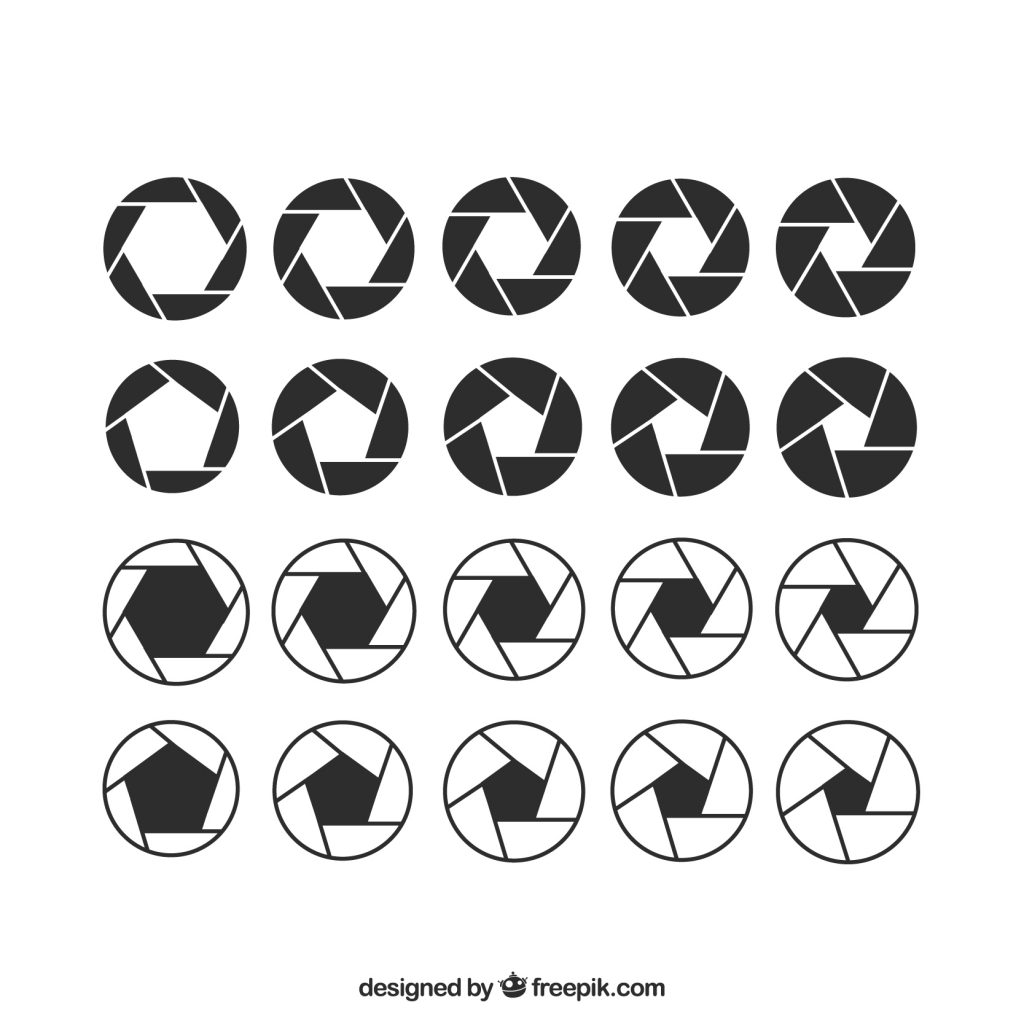 The bad news is the best time to take landscape photos is when most people prefer to be in bed!

Hardcore landscape photographers are a breed of their own and love getting up early to welcome the “blue hour” or going out in the late afternoon to catch the last rays during the “golden hour”.

Both times are invigorating and well worth making the effort.

These are ideal times for dramatic lighting and they occur at opposite ends of the day.

You don’t have much leeway as the sun waits for no man so be sure to get there early and set your gear up ready for the brief opportunities that will come your way – and there are usually plenty with dramatic light changes over a very short period of time.

We have two great lighting options at the start and end of each day and all sorts of variables in between.

There really is no limit to the diversity and opportunities offered with landscape photography.

Landscapes are a  great reason/ excuse (if you ever needed one) to get out and shoot. and it is the ideal time to practice and master your gear.  Practice often and you will soon become very proficient at it.

Go out and get some amazing photos that you can print and hang with pride in your own home.